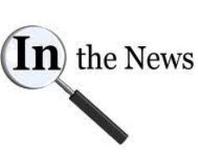 “There’s a growing movement in upstate New York for government that recognizes and responds to the needs of people living in the region,” said George Miner, President of Southern Tier Economic Growth, Inc. and member of the STREI’s executive committee. “We’re pleased that one of the chief proponents of this movement, the Upstate New York Towns Association, will add its voice to ours in calling for greater economic independence for the Southern Tier.”

Carolyn Price, Supervisor of the Town of Windsor and President of the Upstate New York Towns Association, said: “We believe that residents of a community should be able to develop natural resources in a responsible way and not have their economic future be determined by the ideological views of people living in other parts of the state.”

Miner and Price said the top goal of the two groups was to do something about the struggling economy of the Southern Tier. The region has had the slowest job growth in the nation over the last decade and has seen an entire generation of young people move away in search of jobs. Responsible development of natural gas resources is seen as the region’s best hope for a sustained economic recovery.

STREI members point to nearby Pennsylvania, which has added 15,000 jobs in the sector over the last five years and has a booming economy.

STREI members cite President Obama and numerous other political leaders of both parties who strongly support natural gas development as beneficial to the nation’s economy, environment and national security.

STREI members express frustration that New York stands alone as the only state in the nation with significant reserves of natural gas that isn’t moving forward with some form of development. They say that environmental groups based outside the region have dominated the public debate on the issue and blocked establishment of a reasonable state energy policy.

The coalition is not affiliated with the natural gas industry.

For more information about the coalition, see: www.STREI.org 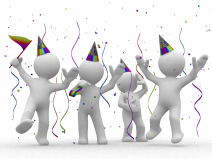 Thank you all  for your support!

The Association will continue to deliver quality programs and services to Upstate NY towns by promoting the common good and general welfare of the towns and their residents.

Thanks for visiting Upstate NY Towns Association Inc.!
Save us in your favorites and come back soon.
www.upstatenyta.org